This entire blog is going to be about running, as inspired by my favorite blog A Runners Story. (Maybe this blog will even get a mention in that blog, although since we probably have 40% of the same readers/family, that might be redundant.) 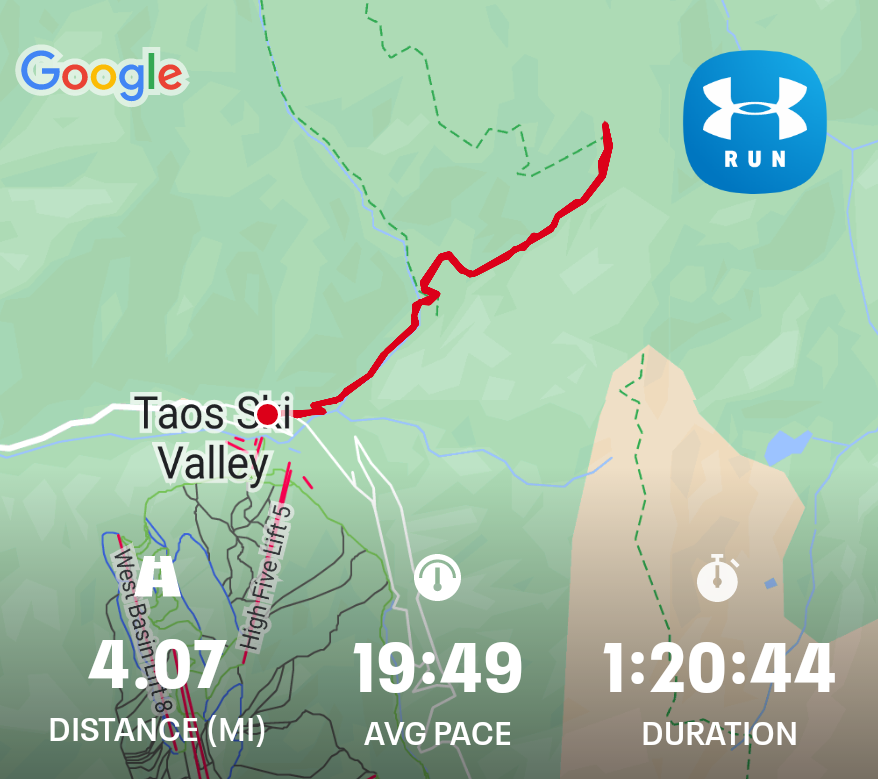 I'm beginning  continuing to seriously question my decision to sign up for my first 10k since 2007.
The second I crossed the finish line of the Capitol 10k in Austin, Texas, I swore to myself I would never run 6.1 miles or more again in my life. And based on my training yesterday, just 41 days before the Up and Over Race that I paid $75 to register for, I still won't be running 6.1 miles again.

I started writing this blog in my head, about 60% into the uphill portion of my run. I had two goals of sharing my struggles: to set the stage for applause when I inevitably overcome all obstacles and finish (whatever the time) the Up and Over Race in August, and to remind readers of the power of overcoming obstacles. The actual result, I think, turned out a bit different. 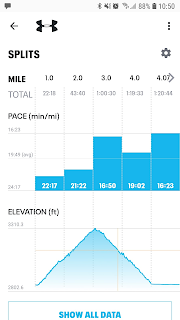 My first intent at an inspiring thought could be boiled down to a Nike slogan. Just Do It.
From my notes: "I had every possible excuse not to run today. I avoiding the run this morning so I could sleep in. I met with a friend at the farmers market and enjoyed a coffee, all the while thinking that 'I should probably go running later, but I'll probably come up with an excuse not to'. But I came home and ate a fulfilling lunch of leftover chicken alfredo made by me!, and a small bowl of yogurt and granola, thinking 'this full belly will probably be my excuse not to go running'. Then, I settled into work and put on a sexy youtube playlist thinking, "I'm probably going to get into the flow and not want to go running."
But then... youtube put on a new song I hadn't heard before, some simple, enchanting piano music played by a giant of a man with a burly beard. Something about the simplicity and sorrow of the tune reminded me of what a fragile world we're in right now, how fucking angry I am about abortion rights and government, and how amazing it is to be alive at all. So I stood up and put on my running shoes, and drove off into the mountains.

In the 20-minute drive to my originally planned running destination- a 2 mile uphill trail that I had last hiked twice while backpacking with 15 middle schoolers in September-- I had a lot of time to think of more excuses. While there was a tiny bit of sun on the mountains, gray clouds surrounded it, and I could see veils of rain in several directions (months of prayers for rain, answered) . I thought about all the other trails I could do that would be shorter, or closer, and I calculated how many gallons of gas ($8.60) this trip would take me. I thought about my full belly and worried that my dog wouldn't be up for the run. But then I thought about how this was my first chance to get into the forests since their closure in May, and how wonderful the rain would feel on my skin in contrast to the smoke in my lungs during my last month of running.

I pulled up to the trailhead and as I turned off the car, I heard the first pitter of rain. And then I went. Uphill, pulled joltingly and sporadically by my hound, who wanted to stop and sniff as often as he bounced and frolicked. Just before the first mile was announced by my running app, I had my first wheezing fit. Unfortunately, this has become a common occurrence-- an accompaniment for my last 5 runs. I can't say it's a full on asthma-attack , but as someone diagnosed with asthma, there is definitely a lower concentration than desired of oxygen getting into my system. However, as someone who was diagnosed with asthma in middle school and has only had 5 or 6 full-blown attacks, I consistently forget to actually USE my expired inhaler (received in 2016 when I had insurance from a doctor who googled my symptoms and gave me this one for free), or even bring it with me. (See conversation with my bestie). (Actually, this post is flowing more in the style of my second favorite blog, Semi Rad).

So there is the second reason I wanted to write this blog. To speak as a reminder that everyone is overcoming something- whether its asthma, or grief, or whatever else someone is going through. But as soon as I set those thoughts in my mind, the direction of this blog changed. The robotic voice embarrassingly announced a 22-minute mile, as my lack of breath slowed my run to an occasional hop up the rocks. Unfortunately, the timing of me pausing for breath was not in sync with my hound's 10-second-investigatory twig sniffs, or his frequent pee-marking breaks. As I pushed on uphill, sweating and panting, grateful for the clouds and the gap in the rain, I thought about the downhill. I thought about how glorious it would feel to overcome the food belly, the poor timing, the thunderous skies, and the asthma, and to be gliding back downhill. Granted-- I hate going downhill. The only sport I have attended competitively was literally the flatest thing you can do on your feet- track. I don't ski, and when I Do bicycle downhill, I grind the breaks so hard I'm probably slower than my uphill climbs. However, in that moment, I envisioned the downhill has this glorious reward for overcoming UP. I thought of it as a metaphor to share with you all- for how hard work is repaid on occasion with ease. And that we should appreciate the downhills in life, because they only come after the hard work of pushing uphill.

Nearing the meadow which I had intended as my turnaround spot, the voice announced a slightly-less-embarrassing but at least this time expected 21-minute mile. I paused again, hands on my knees, amused at how my wheezing always reminds me of the Nutcracker (that's for a different post, but it will come, I assure you). I stopped to take a photo of the insane tree blowdown that was completely covering a path I had walked a dozen times 9 months ago. I took a few notes for my blog, and scanned the ground to make note of all the wildflowers I haven't seen in the previous 6 weeks without rain: monkshood, daisy, broomrape (can we-- nevermind, that's a different post as well), aster, fairy orchid, geranium, wild rose, dandelion, a gorgeous bouquet of woodland delights. I captured an obligatory sweaty selfie, turned back on my timer, and began at last the coveted downhill. 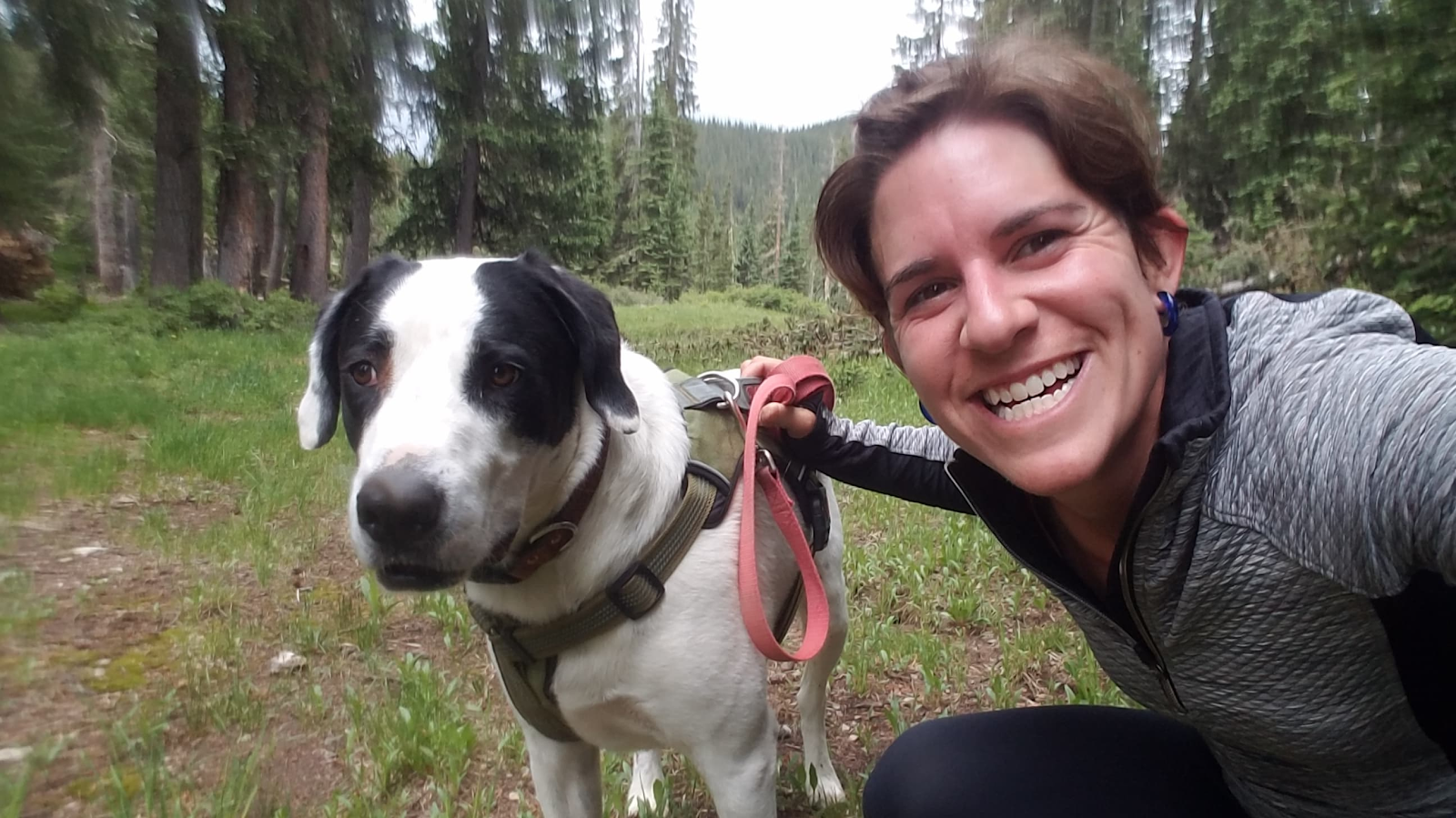 Boy was I disappointed. After 10 steps in the dirt, the loose grave made me fear a steady trot with my 80lb eager-to-lunge beast in tow. As I started to get into a rhythm, he pulled at something to the side, reminding me how he could instantly ruin my day if he saw something down the trail, so I slowed my trot to a careful walk. In addition to the fear of at least one of my limbs being pulled down the mountain, an incredible side stich had worked its way right under my rib. I told myself that if I just get down the steep part, I could run again. I took this photo and instantly thunder rumbled in the sky. The now-wet rocks were slippery under my wet wrestling shoes, and I slowly realized the absurdity of spending half of a run looking forward to the other half. Just like spending half of your work day looking forward to coming home, or half of your life waiting for your retirement. No one is guaranteed a gentle glide downhill. Some people have the genetics, or the shoes, or the mental stamina to gently glide uphill, but we all have hills to climb. The important thing is to enjoy the journey, and not just look forward to the ride down.