I started my November off with some friends making Altars. Halloween has always been my favorite holiday, but it wasn't until College that I began digging deeper into the Holiday's meaning. Mostly what I determined was that Halloween is yet another American excuse to spend money and eat food, that is twisted from some other culture's more spiritual gathering. Ever since reading about All Saint's Day and Day of the Dead, in which the dead are honored and remembered, I have wanted to be a part of a tradition that does that respectfully, but have not had the opportunity until now.
On Saturday a group of 7 or so gathered in my friends living room and shared pictures and stories of the loved ones that passed, adding their images to a beautiful altar. 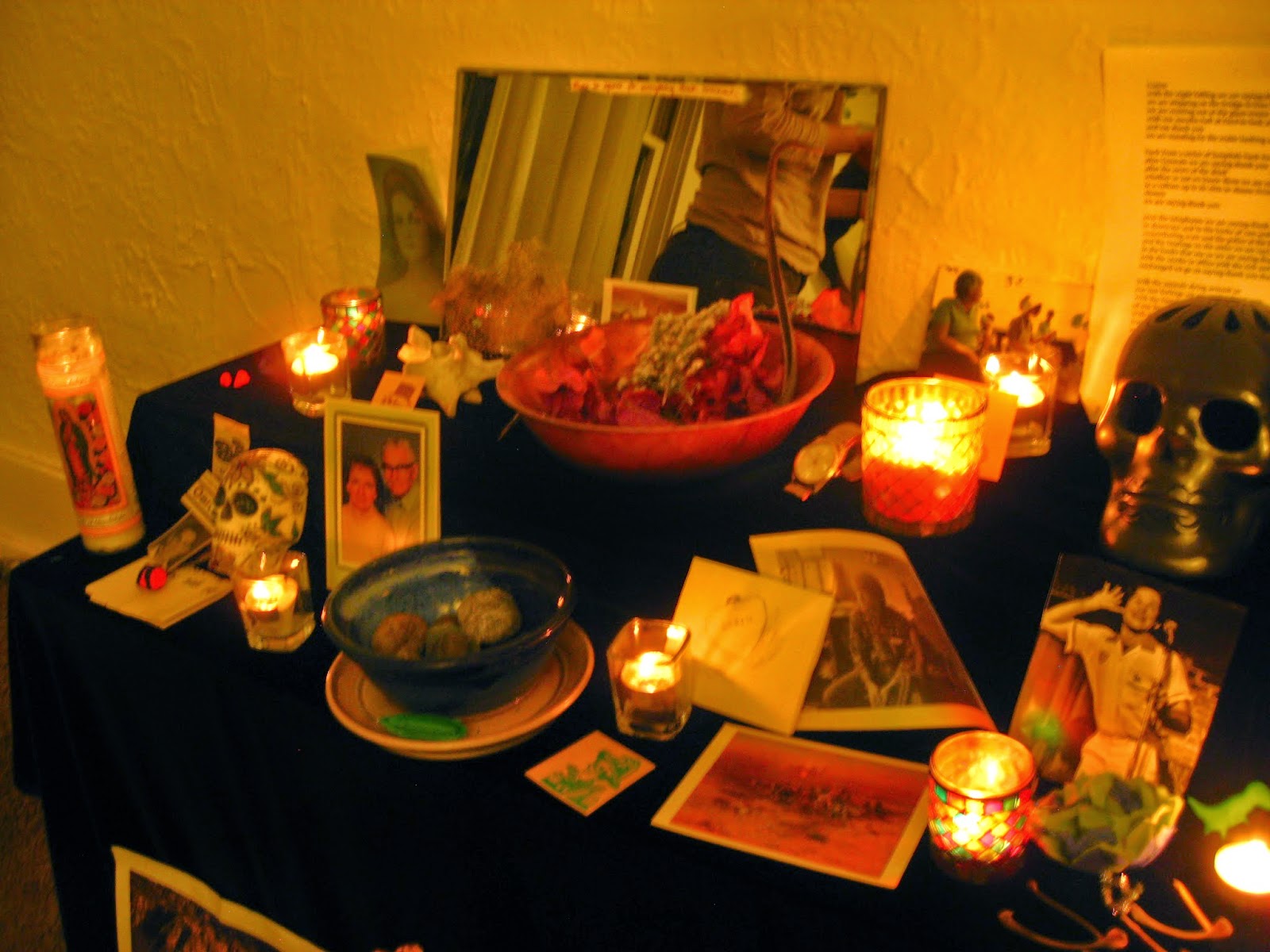 Sunday morning we gathered again to celebrate Dia De Los Muertos (the Day of the Dead) with a small festival and parade in Albuquerque's South Valley. It might seem morbid to paint our faces like skulls, but it's all to honor those who have moved on from this world. 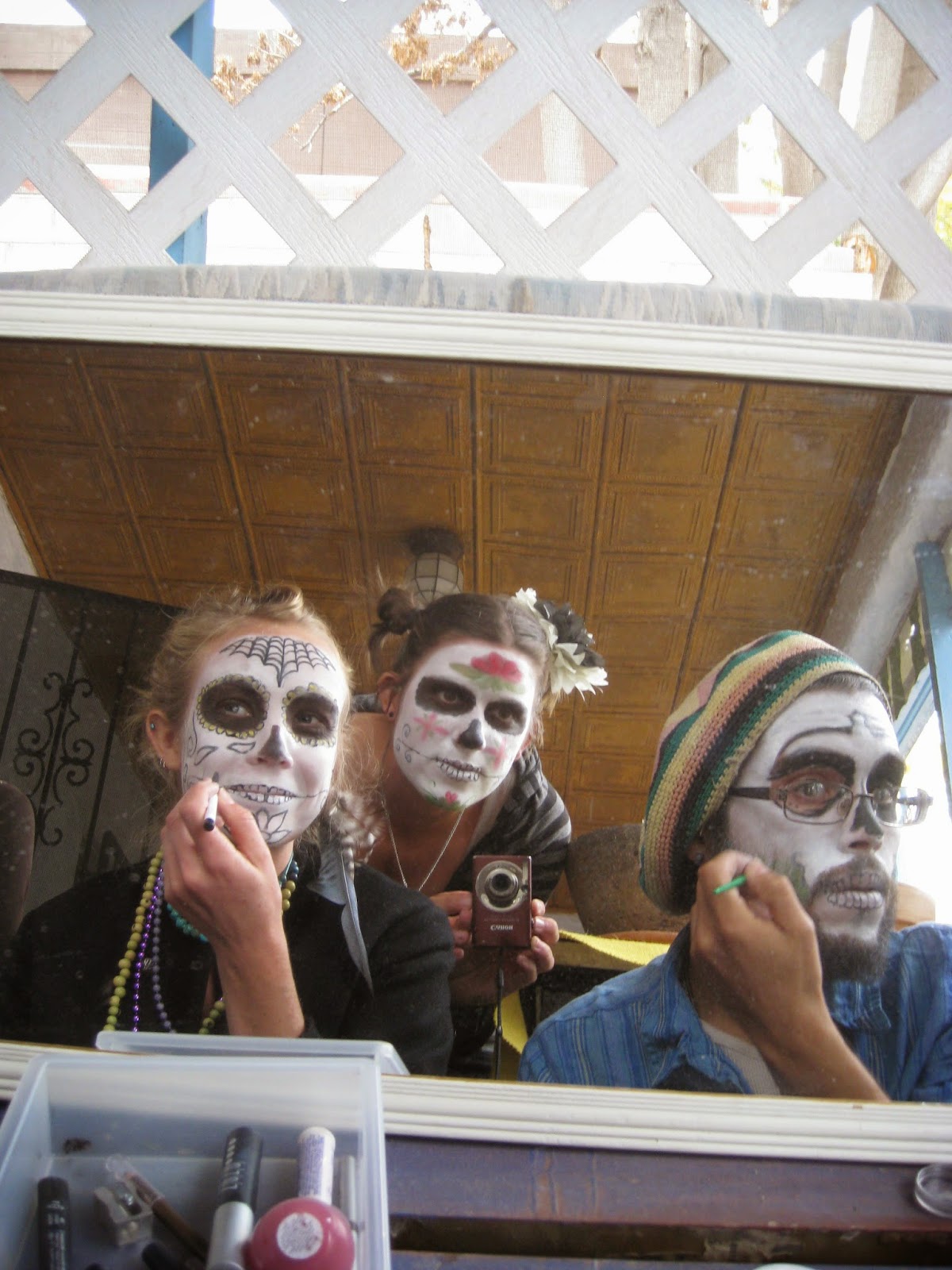 At this time of year when darkness seems to overcome the light, it makes sense to give thought to the darker parts of ourselves, and acknowledge the grieving we feel for those who have passed.

After the celebrations ended, I came back to my house to find another kind of death...tons of garden veggies on the edge of rotting away. As a result, I've been cooking up a storm and remembering how terrible I am at "wingin' it" when it comes to food.

I had this vision of a Broccoli-millet salad, similar to a broccoli pasta with an oily dressing, just like mama used to make. I over cooked the Millet though, and turned out with a millet mush. I did successfully blanche the Broccoli! But the result was less than satisfactory. 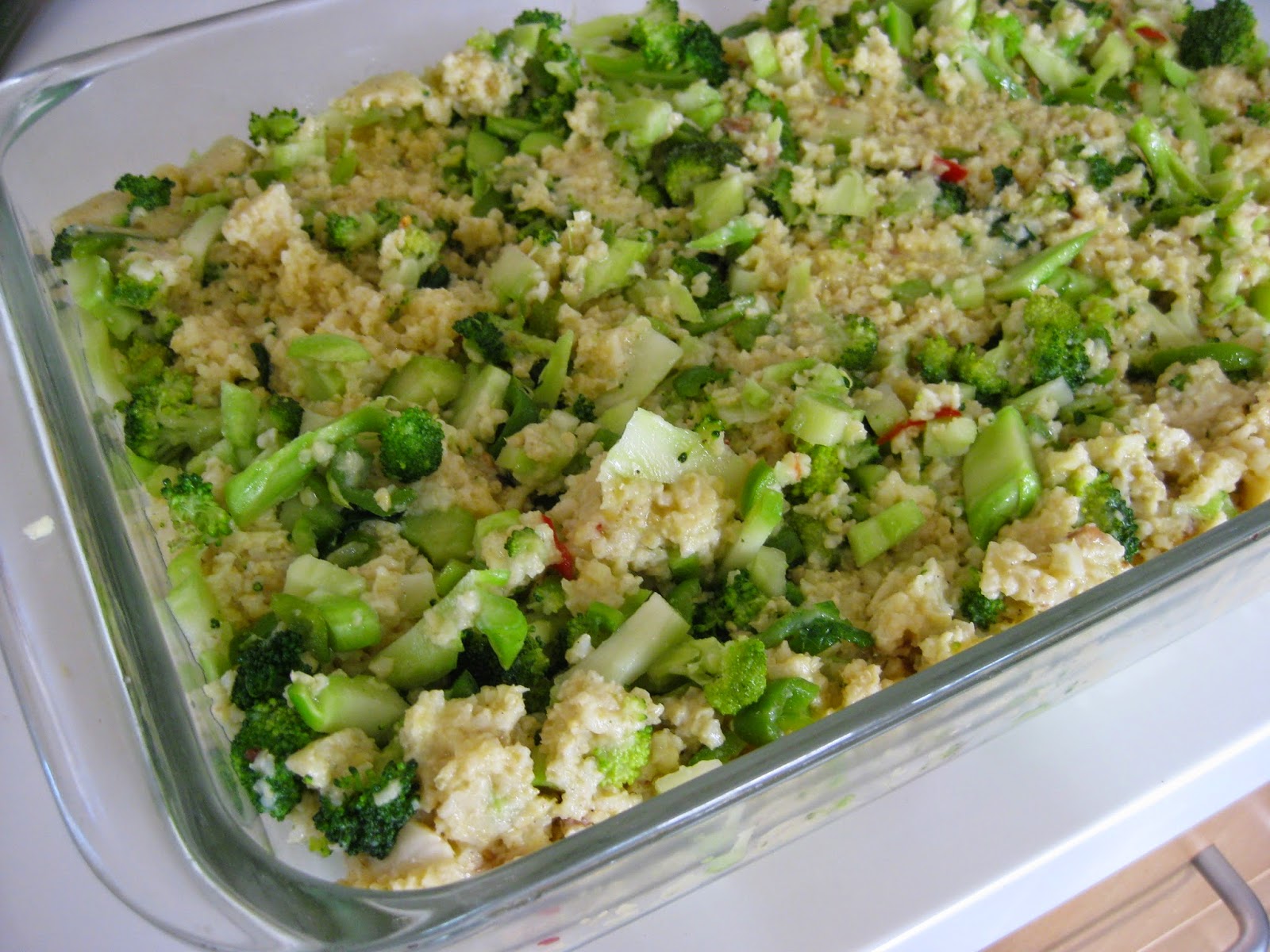 Amil had made a ton of carrot-tomato sauce with leftovers from trips and our Summer garden. Since we had a disproportionate amount left compared to the black bean pasta we had, I decided to try a casserole. 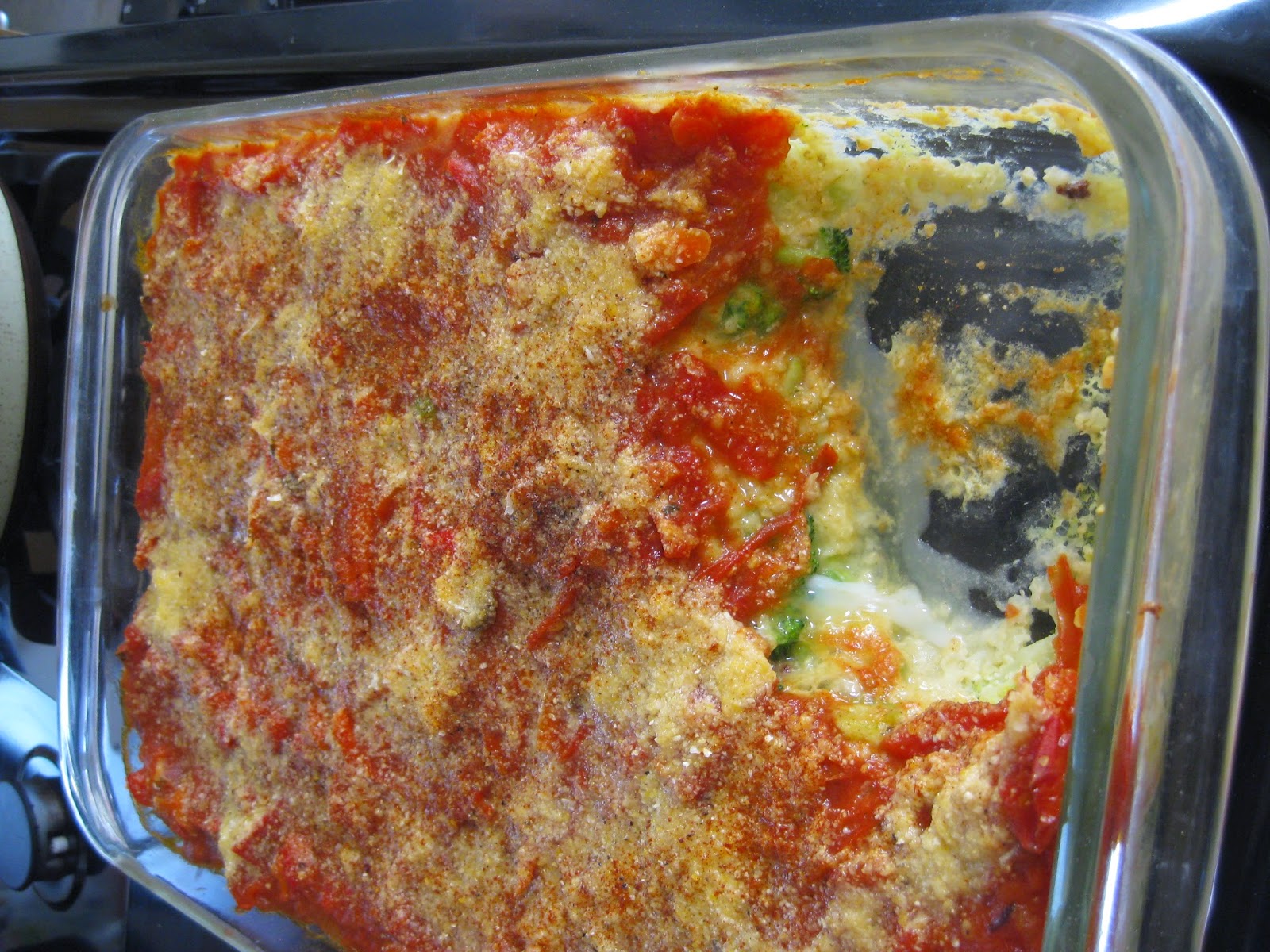 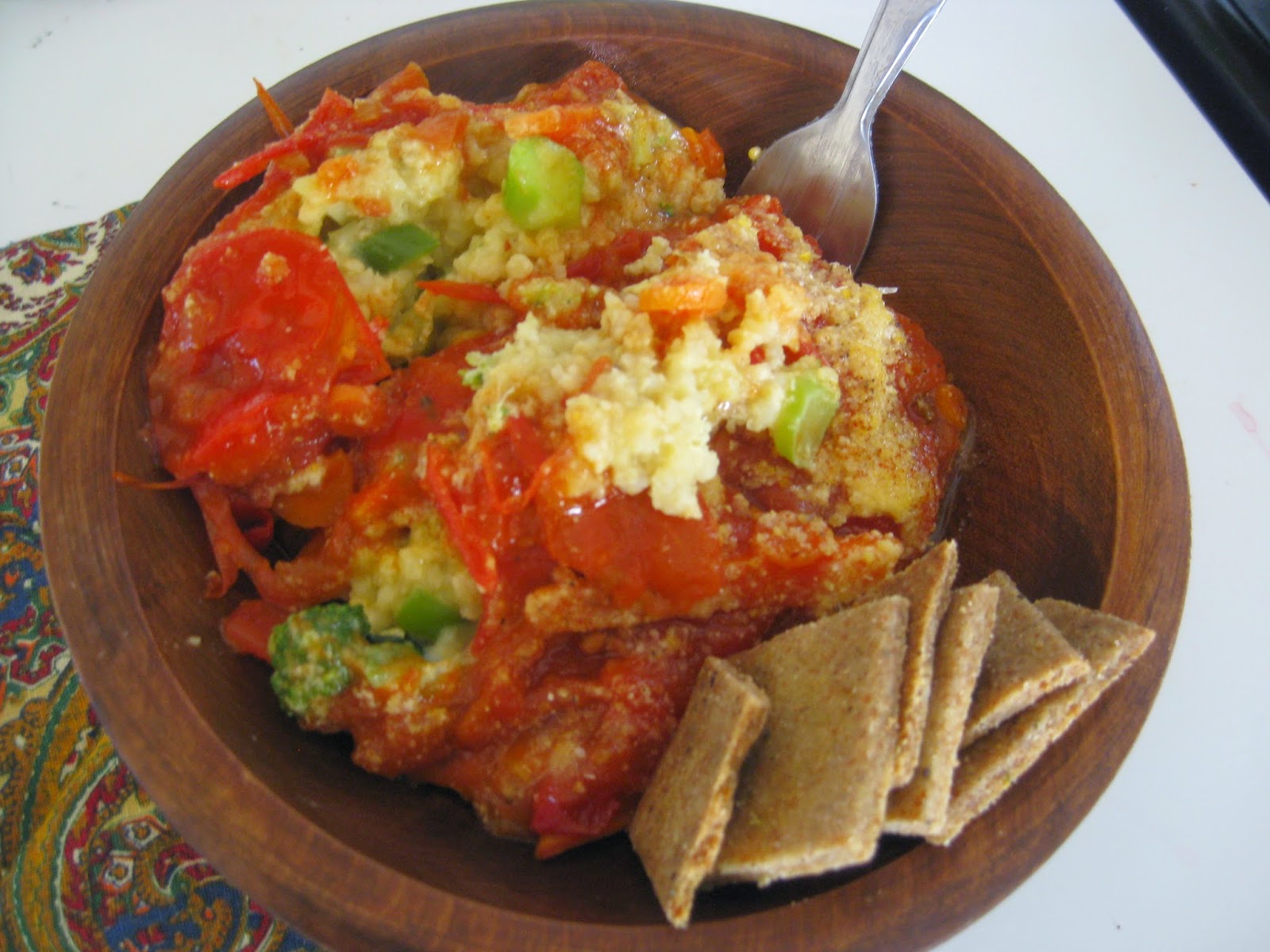 In effort to redeem my culinary confidence, I tried my hand at some protein bars I've made a couple times before. Of course, not wanting to get bored with an old recipe, and inspired by Cliff's Max Protein bars that I just can't get enough of, I had to overcomplicate it. I should have gone with my gut instinct to pour the chocolate first, then the crispies, then the protein mixture... 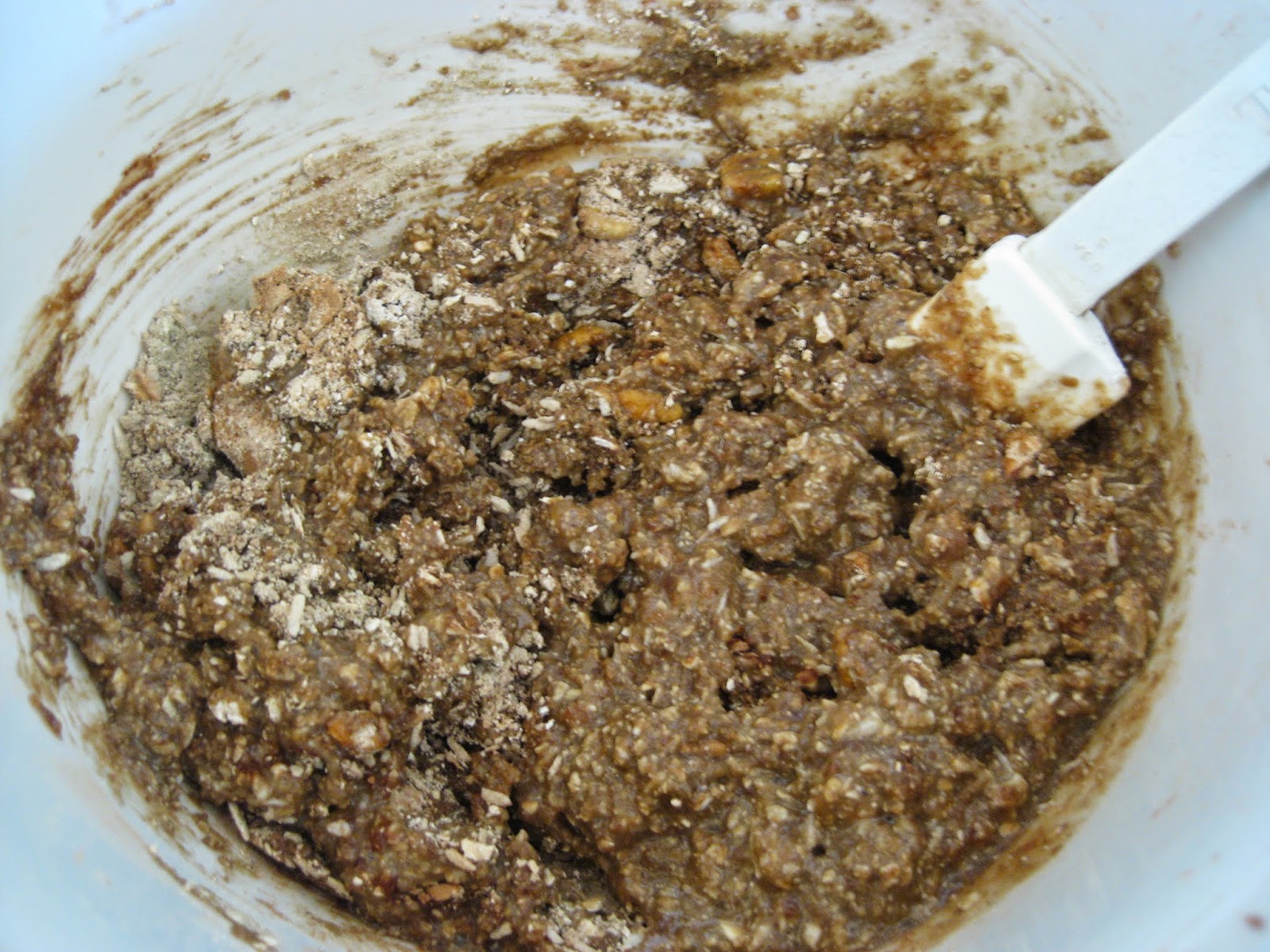 A delicious mix of dates, almond milk, protein powder, oat flour, coconut and fresh cracked pecans (it took me half an hour to crack 1/4 cup of them...but hey- they were free!)

So, after spreading out the initial bars, and adding some crispy brown rice cereal, I tried to pour over some carob-coconut oil "chocolate," but I didn't make nearly enough and it was too thin, so the result was a disappointing drizzle of oily carob flavor. I tried to salvage it with some sunflower seed butter, but I over roasted the seeds, and didn't have nearly enough to cover it. 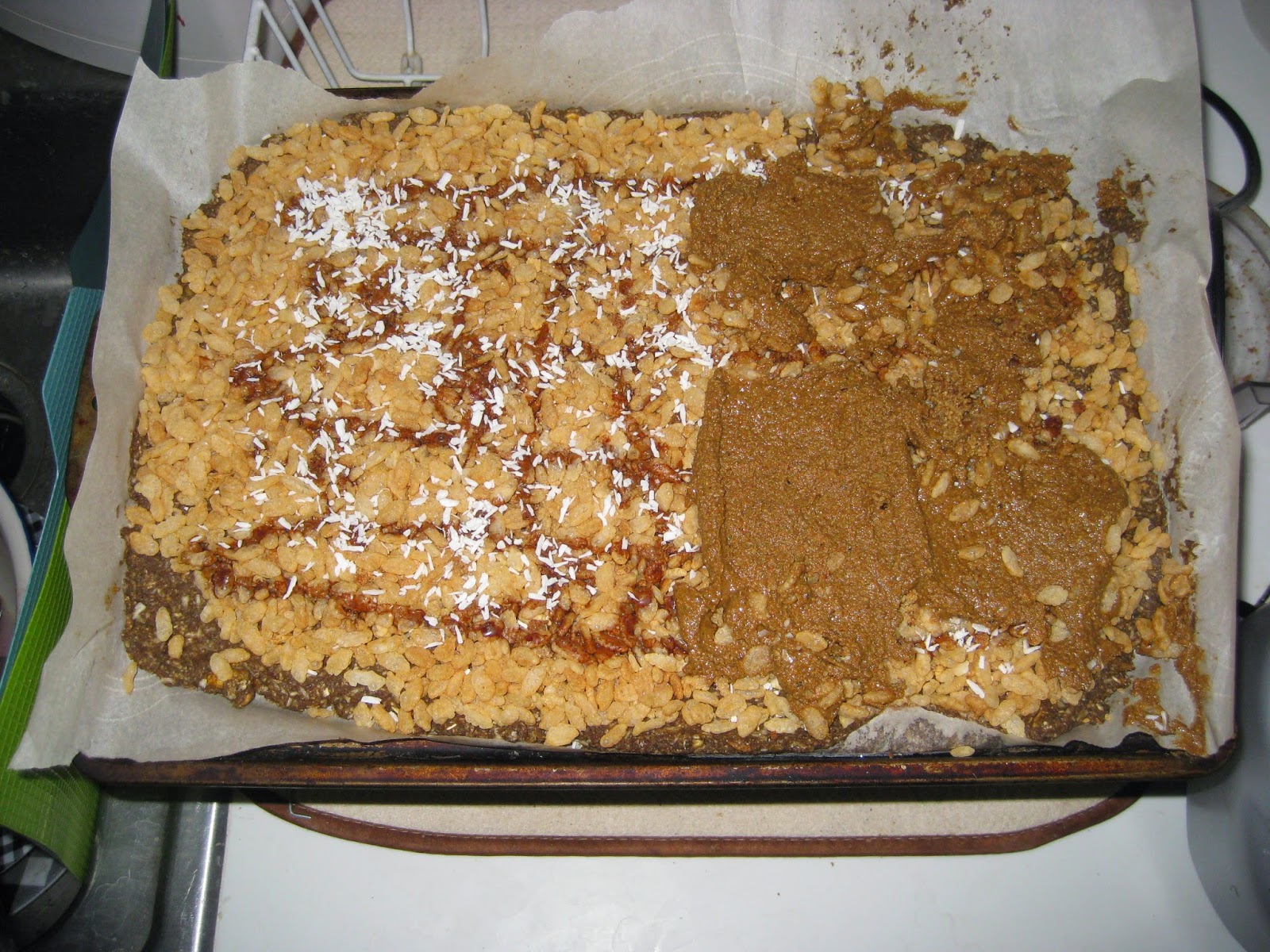 The take away here is that I should have gone with my gut, to pour the chocolate first...but also that it's okay to make mistakes and deliver disgusting looking treats. 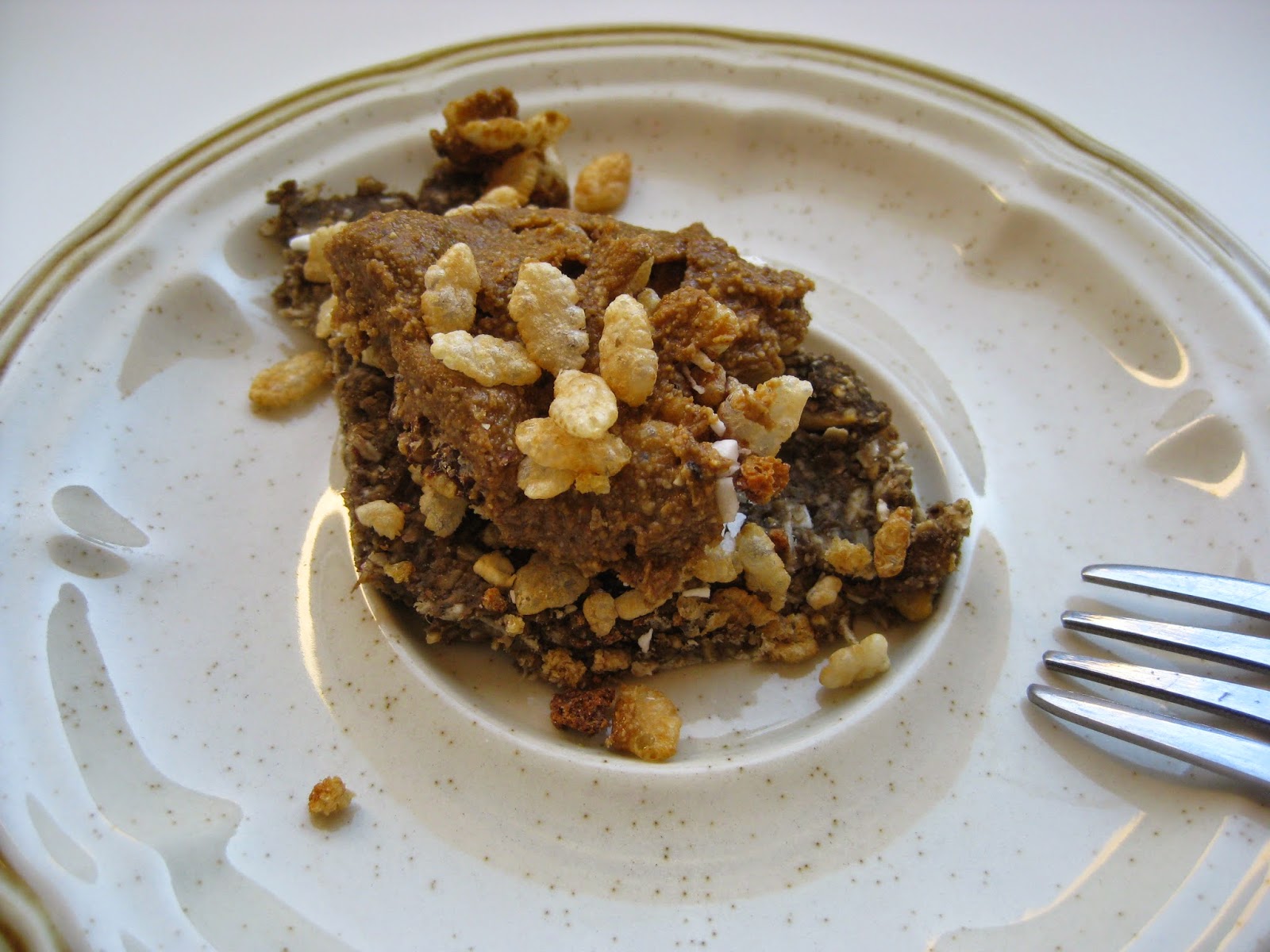 Cause as long as they taste good, or passable, then it was worth it. This certainly isn't a BAR that you could take on the go with you (note the fork), but it tasted darn good, and I know exactly what's in it.


Welcome to a new month! Can't believe that 2014 is 5/6 over! But I'm ready for two really exciting things that are happening in the month of November.


Paganically, November is the first month of the winter quarter (in the natural year).  The first day of the month is Samhain (pronounced sow-ain), and All Saints day.  Until Yuletide, this is a time of increasing darkness, of awakening and letting go, when the seed falls to earth from its mother plant.
Interestingly, November was the ninth month on the Roman calendar, but the Anglo-Saxon name for November was Blatmonath, the month of sacrifice- the time for killing livestock that could not be kept through the winter month. In the Frankish tradition, it was Herbistmanoth, or “harvest month” also referring to the third harvest of animals.
From 13 November, the rune Nyd rules. This is the rune of necessity, urging us to accomplish the tasks we need to fulfill before the coming wintertime renders them impossible. Although I haven’t delved much into the philosophy of Runes, I identify with the need to get starts on projects before the fading light and cold weather requires caffeine to carry out any sort of activity. It’s with all this in mind, along with a break in usual business that has encouraged me to take on a couple of projects this month that promise to keep me quite busy. 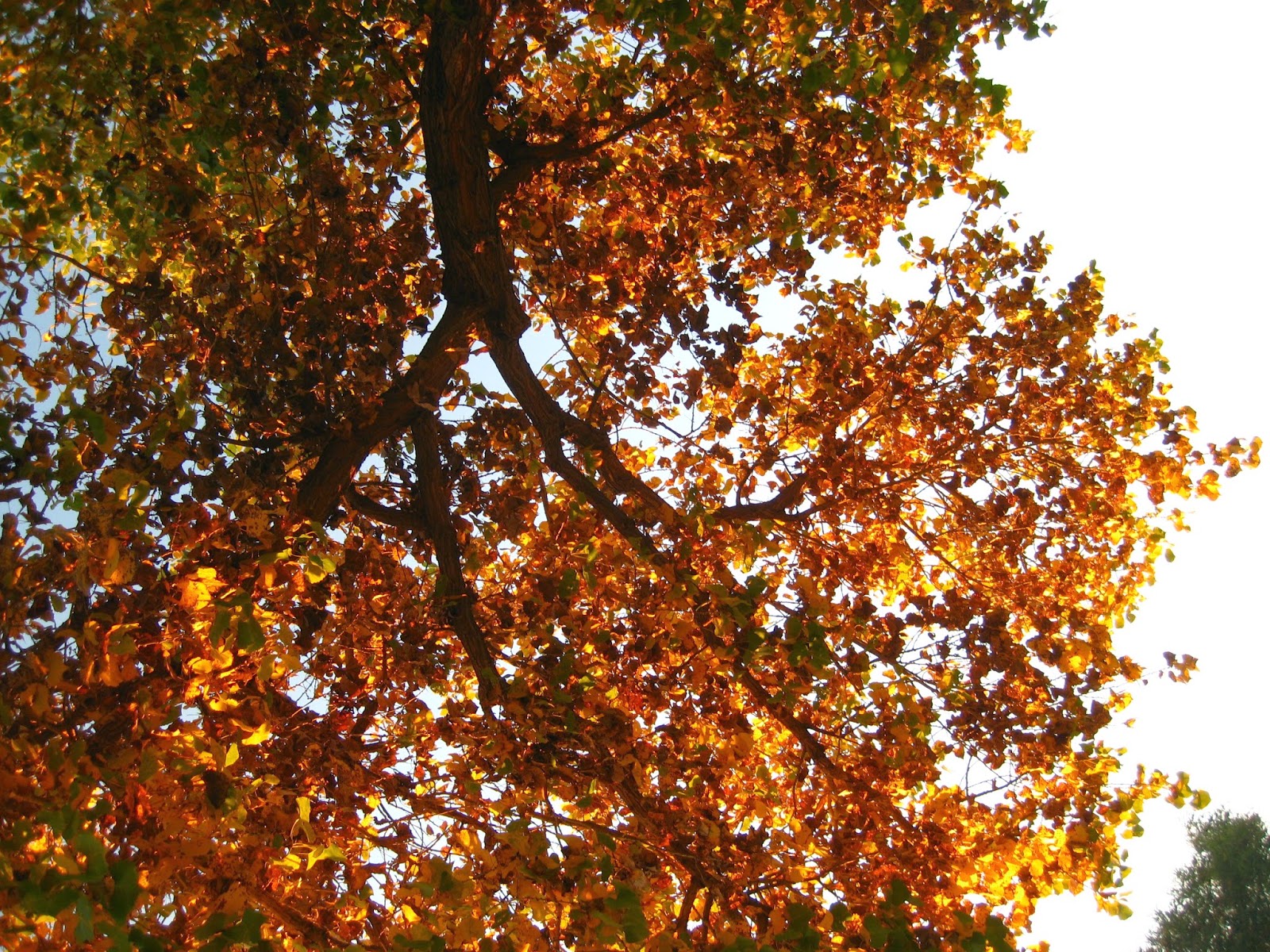 Firstly, I’m hoping to put the NO in November, by eating NO sugar this month. I managed to do this for 12 days during a cleanse in August, but since I came off the cleanse away from my home, I had limited access to foods and slipped back into eating added (cane)sugar. This time I hope to push myself to go a whole month without added cane sugar on anything. I’ll allow myself agave and maple syrup this time (hoping to cut that out too next year) so I can satisfy my sweet tooth, but I’ll mostly be trying to eat fruits and natural sugars. I’ve cut out high fructose and regular corn syrup for the last few years, so this is my next big push…we’ll see how I do in a month trial.


To distract myself from the missing sweets that I’m sure I won’t really miss, I’m going to participate in National Novel writing Month, or NaNoWriMo. I was introduced to NaNoWriMo in college, and dabbled for a few weeks in a novel of my own. After 2 or so weeks I only had about 1/10 of the expected 10,000 words, so I gave up. I tried another version of the same idea, for writing screen plays, and wrote a 50 page screen play. But the next year the organization that hosted the April-screen writing event closed down. Now I’m going to attempt to focus on a 10 page screen play for a New Mexico Women writers organization contest, but still use the NaNoWriMo forums and resources. Woo!
Posted by a.m.forever at 9:18 AM No comments: